The brief descriptions below are designed to familiarize you with our staff’s training, professional credentials and work experience. 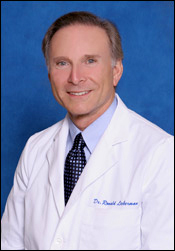 Dr. Ron Lieberman has been in private practice in the North County of San Diego since 1985. After receiving his Doctorate in Podiatric Medicine, he completed a hospital based podiatric surgical residency program then established offices in Carlsbad and Encinitas. He has been active within his specialty having served as past president of the San Diego County Podiatric Medical Society. He has also served as past chief of podiatry at Scripps Memorial Encinitas Hospital.

Dr. Lieberman resides in Carlsbad with his wife and has 2 grown daughters. He is active in the community as a member of Rotary, a service organization dedicated to helping those in need. He enjoys involvement in youth leadership activities. He stays fit by being an avid racquetball player. 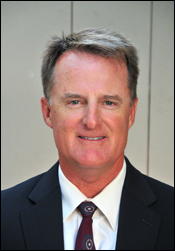 Dr. Brad Ruetenik has been in part-time private practice in Encinitas, CA since 1994. He has also been contracted with the U.S. Navy as a Podiatric Surgeon at Naval Hospital Camp Pendleton since 1994, and Naval Medical Center San Diego from 1998-2013. Dr. Ruetenik completed his two year Podiatric Surgical Residency at Naval Hospital Camp Pendleton in 1993, after receiving his Doctor of Podiatric Medicine degree from the California College of Podiatric Medicine in San Francisco in 1991.

Dr. Ruetenik has been a resident of San Diego North County since 1984, where he lives with his wife in Encinitas. He has a history of involvement with running and triathlons including numerous marathons, ultra-marathons, and Ironman triathlons. These have blended well with his interest in Podiatric Sports Medicine and Biomechanics. He continues to compete, and is nationally and internationally ranked in competitive sailing events throughout the world.

Podiatric Medicine has been a passion of Dr. Reingold for most of his life. He grew up around podiatrists and wanted to be one since he was a young man. In pursuit of his dreams, Dr. Reingold attended Podiatric Medical School in San Francisco and did his surgical residency in San Diego. He entered practice in Solana Beach over 30 years ago as the youngest licensed Podiatrist in the State of California. In 2015 he joined the Carlsbad-Encinitas podiatry group.

Over time he has held a number of offices in the Podiatry Society and the local hospital, where he was Chief of Podiatric Surgery for many years. He has enjoyed teaching and has been involved with both medical students and residents for many years. He has also served as a director of a podiatric surgical program.